American Demagogues and the Decline of Civility 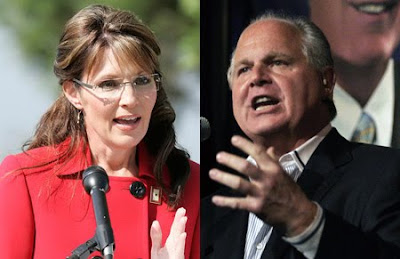 America prides itself as a beacon of democracy, a model of hope and freedom for the rest of the world. We value freedom of speech and the First Amendment, citizen participation, and the right to vote. Although our system of governance is not perfect -- we are not, and have never been, above partisan bickering -- there is a history of bipartisanship in American politics that has achieved many good things. Democrats and Republicans together enacted environmental protections in the early 1970's, tax reform in the 1980's, and deficit reduction in the 1990's. Each of these things required mutual respect and cooperation among ideological opposites. It can be done.
I started following politics closely when I was nine years old, in 1968, one of the most volatile years in modern American history. It was 1968 when Martin Luther King, Jr., and Robert Kennedy were assassinated; the Vietnam War and anti-war protests were at their peak in a nation divided; and race riots erupted in our cities. Since then, our political discourse has at times been nasty, mean-spirited, vindictive, and petty. I supported Barack Obama in 2008 in part because he wanted to change all of that. In distinguishing himself from his Democratic rivals, candidate Obama said that it was time to free the nation from the bitter partisanship of the past: "I don't want to see us spend the next year re-fighting the Washington battles of the 1990's. I don't want to pit Blue America against Red America; I want to lead a United States of America." In his inaugural address, the newly elected President renewed his call for unity:

On this day, we gather because we have chosen hope over fear, unity of purpose over conflict and discord. On this day, we come to proclaim an end to the petty grievances and false promises, the recriminations and worn-out dogmas that for far too long have strangled our politics. We remain a young nation, but in the words of Scripture, the time has come to set aside childish things.

Many commentators thought Obama's hopeful idealism naive. Paul Krugman of the New York Times predicted prior to the election that whichever Democrat made it to the White House would be forced to confront "an unending procession of wild charges and fake scandals, dutifully given credence by major media organizations that somehow can't bring themselves to declare the accusations unequivocally false." As I observe the current health care debate, I am afraid that Krugman may already have been proven correct.
Last week, Sarah Palin, darling of the conservatives, declared on her Facebook page:

The America I know and love is not one in which my parents or my baby with Down Syndrome will have to stand in front of Obama's "death panel" so his bureaucrats can decide, based on a subjective judgment of their "level of productivity in society" whether they are worthy of health care. Such a system is downright evil.

Is it any wonder that people are showing up at town hall meetings ready to rumble? If you think that the government is ready to deny your sick child medical care, or pull the plug on Grandma, you might be upset as well. But despite her down home Alaskan charm, Palin has always pitted her view of America against those she perceives as outside of the mainstream, the "other" Americans who do not fit the Ozzie and Harriet myth of middle America. During the presidential campaign, Palin falsely portrayed then-Senator Obama as a terrorist sympathizer because he served on the Board of a well respected Chicago educational reform organization with Bill Ayers, a college professor who was convicted of involvement in anti-Vietnam War bombings when Obama was a young child. That Obama, who has always condemned violent protests, was in elementary school when Ayers committed his criminal acts, did not matter to Palin, who has repeatedly demonstrated little knowledge of, or concern with, the facts. It should surprise no one, therefore, that her "death panel" statement was based on pure fantasy, entirely untrue, as not one legislative proposal has called for the creation of anything even resembling a governmental body that would eliminate care for the critically ill as a cost cutting measure (which is presumably what a "death panel" would be).
The United States has always had a lunatic fringe of self-deluded, right-wing wackos -- Jerry Falwell accusing President Bill Clinton of murder and drug smuggling; the Posse Comitatus and similar militia groups spewing hatred and plotting the overthrow of the government -- but Palin should know better. Unlike Falwell and the Posse Comitatus, Palin actually has the potential to be taken seriously. She is attractive and, at times, well-spoken. As a former Governor and Vice Presidential candidate, and as a possible presidential candidate in 2012, she has a duty to speak responsibly and to avoid emotional appeals to fear and prejudice solely for her own political gain.
It is one thing for Rush Limbaugh, a radio talk windbag, to spew hatred and lies. It is quite another for someone who desires to someday lead this country. It is the difference between Joe McCarthy and Father Coughlin. While both men are disgraced demagogues of America's past, one was more dangerous than the other. McCarthy held a position of authority. When he abused his powers, he harmed many innocent people. Coughlin was a crackpot with a radio station; while he influenced the views and affected the prejudices of a large number of Americans, he had no real power. Rush Limbaugh, the modern day Father Coughlin, stirs up passions, but when he compares the President's efforts at reforming a broken health care system to Hitler's Germany, he simply exposes himself as a foolish man. And while he, Glenn Beck, and others are partly to blame for the ridiculously misinformed folks who have been showing up, yelling and screaming, at the health care forums around the country, they are just voices on the radio -- they cannot pass any laws, issue subpoenas, or hold people in contempt.
It is not that these modern day demagogues are unintelligent people; they know that neither President Obama nor anyone else in the health care debate has proposed denying medical care to terminally-ill patients, children with Down's Syndrome, or the elderly. But like the witch hunters of the McCarthy era, who saw a Commie on every school board and opposed all social and political progress in the United States, the Limbaugh/Palin faction of American politics plays to fear, ignorance, and the boogie man. It has no interest in ensuring that all Americans have access to affordable health care, if it means that President Obama will get some of the praise.
To his credit, President Obama has continued to reach out to all factions. Part of his greatness as a leader is his willingness, indeed desire, to engage his opponents in a civil and respectful manner. When he gave the commencement address at Notre Dame University in May, the President asked, "As citizens of a vibrant and varied democracy, how do we engage in vigorous debate? How does each of us remain firm in our principles, and fight for what we consider right, without demonizing those with just as strongly held convictions on the other side?" Obama knows, and has the courage to insist, that we as a country will not get to where we need to be on issues surrounding health care, abortion, embryonic stem cell research, race relations, and foreign conflicts, until we cease demonizing the opposition. At Notre Dame, he said:

The soldier and the lawyer may both love this country with equal passion, and yet reach very different conclusions on the specific steps needed to protect us from harm. The gay activist and the evangelical pastor may both deplore the ravages of HIV/AIDS, but find themselves unable to bridge the cultural divide that might unite their efforts. Those who speak out against stem-cell research may be rooted in admirable conviction about the sacredness of life, but so are the parents of a child with juvenile diabetes who are convinced that their son's or daughter's hardships can be relieved.

Perhaps applying lessons learned as a community organizer, the President takes a respectful, conciliatory approach to policy disputes. He believes in America as a shining city on a hill, and recognizes that, in a democracy, true reform will only be advanced by demonstrating respect for one's opponents and inviting them to a conversation about what needs to be done to solve the problems at hand. He knows that, if people are acting in good faith, even those philosophically opposed, a reasonable solution can be found in most instances.
Sarah Palin has a choice. She can act responsibly and join Americans of goodwill in finding a workable solution to our troubled health care system, or she can continue to engage in deceit and misinformation. As the Reverend John Jenkins, President of Notre Dame University, said when introducing President Obama at the May commencement, "Easing the hateful divisions between human beings is the supreme challenge" of our time. "If we can solve this problem, we have a chance to come together and solve all the others."
Posted by Mark J. Ehlers at 3:29 PM