Pride and Prejudice: Remembering the Humanity of Roberto Clemente

Legend has it that, during the 1969 season, when the Pittsburgh Pirates were visiting San Diego, Roberto Clemente walked from his hotel to a local carry-out chicken place. On his way back, a bag of food in hand, he was kidnapped by a gang of four young Mexican nationals, shoved into a car and taken to an abandoned park. As one man held a knife to Clemente, the gang members took his wallet, chicken dinner, and some of his clothing. About to leave Clemente stranded in the park, one of the gang members finally realized that they had kidnapped the great Clemente (one of the items they stole from him was an All-Star ring with his name on it). Horrified, they immediately returned to Clemente his wallet and clothes, apologized profusely, and drove him back to the hotel. Before driving away, a gang member jumped out of the car and handed to Clemente his chicken dinner. Such was the respect and admiration for the Latin Prophet.

I was thirteen years old when Roberto Clemente died on New Year’s Eve in 1972, after his chartered plane crashed while on a humanitarian mission to deliver food and clothing to thousands of earthquake victims in Nicaragua. I still remember the shocking news reports that Clemente’s plane had gone missing over the waters of the Atlantic Ocean shortly after taking off from Puerto Rico. For a young teenage boy who idolized the star baseball players whose pictures appeared on bubblegum cards and in the pages of The Sporting News, it was an early lesson in the mortality of our heroes and the human vulnerability of us all.

To me, Clemente was a perennial All-Star, one of the elite and most respected players in all of baseball. That he died trying to better humanity and bring aid and comfort to people who had lost their homes in a natural disaster, and who were being denied food and medicine by the corrupt regime of Nicaraguan military leader Anastasio Somoza, only enhanced Clemente’s status as a larger-than-life character.

At thirteen, I was familiar with Clemente from a distance, as the star right fielder of the Pittsburgh Pirates and competitive adversary to my Strat-O-Matic version of the St. Louis Cardinals. I appreciated Clemente’s stylish athleticism and grace whenever the Pirates were featured on NBC’s game of the week or during the annual All-Star game and, most memorably, the 1971 World Series when the Pirates surprised the Baltimore Orioles and Clemente displayed his artistry to a national audience (Roger Angell described Clemente’s performance in that series as “something close to the level of absolute perfection”). I recall having seen Clemente play in person only once, against the Phillies in either 1971 or 1972, but on this point my memory lacks clarity, and that is a shame. Because he remains one of the most skilled and graceful athletes to have ever played the game in my lifetime.

Recently, I finished reading about his life and times in David Maraniss’s biography, Clemente: The Passion and Grace of Baseball’s Last Hero (Simon & Shuster 2006). Maraniss portrayed Clemente in all his human complexity; as a proud and dignified man, one of baseball’s early Latino stars, who experienced racism and discrimination and the loneliness of being a Spanish-speaking player on an all-American ball club, where even the other black players did not easily relate to him. Despite his dark skin, Clemente identified as a Latino man, and a representative of his native Puerto Rico, not as a black man. But while this caused some early misunderstanding in the black community and African American press, it was due more to the language barrier than actual differences.

Clemente was a sensitive soul and did not easily remain silent in the face of injustice. He felt passionately about civil rights and did not understand why he and other black and Latino players were forced to stay in the “colored” side of town during Spring Training in the 1950s and early 1960s when the Pirates were stationed in Ft. Myers, Florida, then part of the Jim Crow south. Clemente greatly admired the Rev. Martin Luther King Jr., who once spoke at length with Clemente on a visit to Puerto Rico. He shared King’s vision of a day when all people – rich or poor, black or white – would be treated with dignity and respect, as human beings, equal in the eyes of God and the law.

Clemente was equally disturbed by what he considered the unfair stereotyping of Latino players, as lazy or soft. Clemente frequently played hurt – he had chronic back and neck pain due to wayward discs from a car accident in 1954 (which occurred when he was driving home to see his dying brother); bone chips in his elbow caused inflammation when he threw too much or too hard (he had the strongest arm in the major leagues, which made him a perennial Gold Glove winner in the outfield); and he had stomach ailments and frequent tension headaches. Some critics, including some baseball writers, called him a hypochondriac and believed him to be a malingerer, a misperception that deeply hurt Clemente. As his former manager Harry Walker once said, “No man ever gave more of himself or worked more unselfishly for the good of the team than Roberto.”

Clemente ran out every ground ball and always hustled on the bases. In right field, he thought he could catch any fly ball hit in his vicinity and throw out any runner who tried to take an extra base. Despite the long, exhausting  baseball season, he continued to play winter ball in Puerto Rico until late in his career. And through it all he led the National League in hitting four times, accumulated 3,000 career hits and a lifetime .317 batting average, was the outfield assist leader five times, won twelve Gold Glove awards, and played in eleven All-Star games. Clearly there was nothing lazy or soft about Clemente.

Clemente’s occasional  outspokenness led to misunderstandings, in part because he spoke broken English and lacked nuance in his speech (which would not have been the case had reporters communicated with him in his native Spanish). Many reporters back then quoted him phonetically, which made him seem unintelligent and drove him crazy (e.g., “I hit many what you call the ‘bad bol’ pitches and get good wood. The ‘bol’ travel like bullet”). It hurt his dignity. Because Clemente felt he represented the people, history, and struggle of his fellow Puerto Ricans, any perceived slights to him were insults to his people.

Despite his sometimes superhuman skills on the ball field, Clemente was a human being with human feelings and flaws. He once punched an autograph-seeking fan in Philadelphia who became too intrusive (Clemente later apologized), and he argued with umpires whom he felt did not treat him fairly. But he had a soft, gentle side as well, which led him to “adopt” a shy teenage girl from Pennsylvania as his American “sister” and to treat her and her mother as extended family for many years thereafter, inviting them to games and dinner when he was in town and to stay with he and wife Vera on visits to Puerto Rico during the offseason. 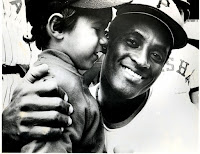 Clemente had a particular soft spot for children, especially if they were sick or poor. He quietly and routinely visited hospitalized children while on the road in National League cities. Although he did not seek publicity, word quickly spread and requests came in from all over; Clemente would sort his mail before each road trip and bring with him letters from children in the cities in which the Pirates were scheduled to play.

He dreamed that after his baseball career ended he would establish a free “sports city” for the children of Puerto Rico, where kids from all walks of life could learn to play together and become good citizens. He talked of inviting Willie Mays, Mickey Mantle, and Ted Williams to come and teach the kids fundamental baseball skills. He wanted to start an exchange program so that kids from Puerto Rico could spend time in the United States, and kids from the States could spend time in Puerto Rico. Only by playing together, eating together, and living together, he believed, can people understand that we share the same dreams in life. “If you have a chance to accomplish something that will make things better for people coming behind you,” Clemente said, “and you don’t do that, you are wasting your time on this earth.”

“The reality of many athletes, even those who become hailed as deities, is that they diminish with time,” wrote Maraniss. “Clemente was the opposite, becoming more sure of himself and his larger role in life.” After he won the MVP award in 1966 and finally received the official recognition and respect he felt had been previously overlooked, he began to relax and feel accepted. And as the Pirates (like many of the teams in the 1960s and 1970s) added growing numbers of black and Latino players to their roster, Clemente’s true, fun-loving personality began to shine in the clubhouse. He became more comfortable in his surroundings, enjoyed the fun-loving ribbing from his teammates, and dished back his own gentle jibes. His teammates adored him.

Clemente was revered throughout Latin America as an almost mythical figure. He mentored the many young Latino ballplayers who followed him to the major leagues, including Orlando Cepeda, one of my all-time favorite players. Clemente was like a big brother to Cepeda, generously giving of his time, advice, and encouragement even though they never played on the same team.  That Clemente died on a mission in service of humanity caused him to be regarded by many people of Spanish-speaking countries as something close to a prophet. Had Clemente played in New York, Boston, or Los Angeles, he would have been a national icon. But playing in small-market Pittsburgh, he was among the best kept secrets in baseball.

“The mythic aspects of baseball,” wrote Maraniss, “usually draw on clichés of the innocent past, the nostalgia for how things were. Fields of green. Fathers and sons. But Clemente’s myth arcs the other way, to the future, not the past, to what people hope they can become.” Roberto Clemente was a great ballplayer with exceptional talent. He was also a fundamentally decent human being who understood how fortunate he was in life while recognizing the misfortunes of others. He knew that his gifts placed on him special demands and obligations. He achieved near perfection as a ballplayer, but sought to better himself as a human being.

Having learned more about his life and inner passions, I wish I had known more about Clemente when he was alive. Although I will always admire his extraordinary talents as a baseball player, in the end, I am even more inspired by his humanity and will remember him for the complex, dynamic, and passionate human being he was. 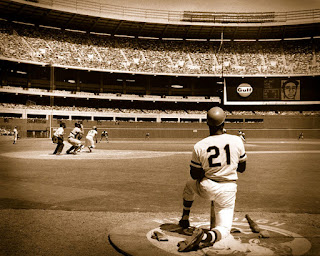