Will America Remain a Good Society? 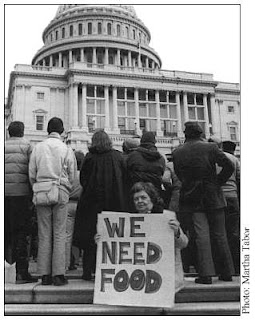 Our country is in the midst of a clash between two competing moral visions, between those who believe in the common good, and those who believe individual good is the only good. A war has been declared on the poor, and it is a moral imperative that people of faith and conscience fight on the side of the most vulnerable. – Rev. Jim Wallis

I have been reluctant to write about the partisan bickering in Washington over the debt ceiling, if only to resist the urge to become overly cynical about our political process. But it is difficult. President Obama presented Republicans with a “Grand Bargain” that should have been embraced as every conservative’s dream – spending cuts of $4 trillion over ten years, an increase in the age of eligibility for Medicare, and other structural changes to the vast entitlement programs – but House Speaker John Boehner walked away. Boehner walked, I suspect, because he has a metaphorical gun to his head by the anti-tax, Tea Party radicals in Congress. Nevertheless, walk away he did, not because the spending cuts were insufficient, but because they would be achieved, in part, through very modest tax increases and the closing of loopholes on hedge fund managers, corporate jet owners, and companies that move offshore.
There once was a time when the Republicans would have embraced the President’s proposal as an opportunity to limit the size and scope of the federal government while also preventing a default of the nation’s obligations (see Where Have the Moderate Republicans Gone?). Led by the Tea Party, Republican refusal to compromise is a symptom of a much larger problem, a dysfunction in our political process. As David Brooks of The New York Times noted recently, the Republican Party no longer occupies the realm of normalcy, but has instead “been infected by a faction that is more of a psychological protest than a practical, governing alternative.” To the Tea Party radicals, compromise is weakness. They are the Hezbollah faction of American politics, suicide bombers willing to destroy themselves to destroy their opposition. Meanwhile the country is collateral damage. “The members of this movement do not accept the logic of compromise,” Brooks noted, “no matter how sweet the terms. If you ask them to raise taxes by an inch in order to cut government by a foot, they will say no. If you ask them to raise taxes by an inch to cut government by a yard, they will still say no.”
The Democrats in Congress are only slightly better. While the Republicans are acting like children, neither side is taking into account the people who always get left behind in these debates, the poor, the weak, and the vulnerable. Senator Harry Reid presented an alternative to Obama’s plan that contained deep cuts in spending and no revenue increases, but upon closer scrutiny it involved numerical smoke and mirrors and “fuzzy math” as one former President liked to say. Only the President seems to understand that anyone serious about reducing the debt and deficits must put forth a plan that contains a balance of real spending cuts and tax increases, but he appears unwilling to insist on this. Where is LBJ when you need him?
Where are the statesmen in the Republican Party? Where are the moral voices in the Democratic Party who used to fight for the most vulnerable in our society? Where are the voices of reason, the men and women who believe in the end that the good of the country outweighs partisan ideology? Even Ronald Reagan, the most right-wing President of my lifetime, raised the debt ceiling 18 times and raised taxes eleven times when he occupied the White House in the 1980’s. Were Reagan around today, I suspect the anti-tax mafia of the Republican Party would metaphorically instruct their underlings to “take him to the airport” and have him “swim with the fishes”; he would be politically excommunicated. Reagan knew that the debt ceiling debate was about the country fulfilling its obligations and paying its creditors, not a fight over tax policy and government programs. That is reserved for the budget debates. But the anti-tax fundamentalists are threatening to savage the already flickering economy and the country’s long-term interests to win a political game, to humiliate the President, and to force their ideology onto an American public that yearns only for America’s leaders to act responsibly.
Meanwhile, the nation’s unemployment rate hovers at 9.2%, while the real unemployment rate consisting of those who have given up on finding work and the severely under-employed, exceeds 16.2% of the workforce. Forgotten and ignored in the debt ceiling talks are “the people who come to my church’s front door every day,” writes the Rev. Jennifer Kottler, Associate Pastor of Park Avenue Christian Church in New York City, in this week’s Sojourners. She talks of the people hurting the most from our current economic structure.

It’s the guy I met last week who is trying to make ends meet with a $300 per week job (in New York City) with three kids and a wife, on parole, and at the end of his rope. He doesn’t need piecemeal charity; he needs an economic system that rewards hard work and allows him to work and provide for his family. He doesn’t want to end up back in prison, but he knows that he might go back to the underground economy so that he can feed his family. It was 104 degrees here last week, and he’s already thinking about his kids needing winter coats and boots and school supplies. 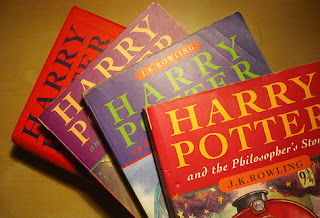 It is a curious thing, but perhaps those who are best suited to power are those who have never sought it. Those who have leadership thrust upon them, and take up the mantle because they must, and find to their own surprise that they wear it well. -- Albus Dumbledore

For One Brief Shining Moment


For forty-nine months between 1968 and 1972, two dozen Americans had the great good fortune to briefly visit the Moon. Half of us became the first emissaries from Earth to tread its dusty surface. We who did so were privileged to represent the hopes and dreams of all humanity. For mankind it was a giant leap for a species that evolved from the Stone Age to create sophisticated rockets and spacecraft that made a Moon landing possible. For one crowning moment, we were creatures of the cosmic ocean, an epoch that a thousand years hence may be seen as the signature of our century. – Edwin “Buzz” Aldrin, Jr.