The View From Napa Valley 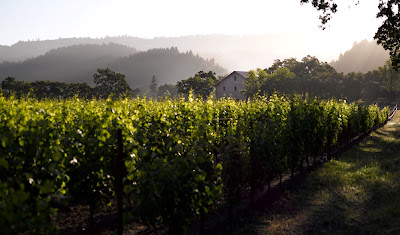 Almost Time to Rake the Leaves 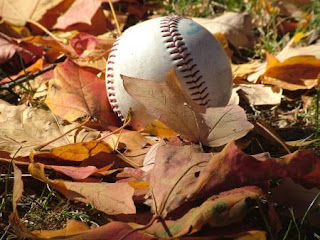 American Exceptionalism vs. the Myth of National Superiority 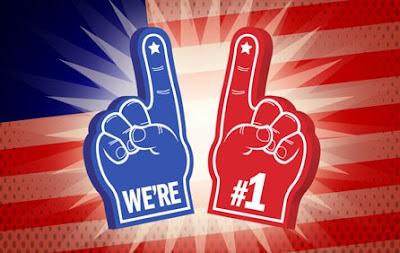 America has carried on not simply because of the skill or vision of those in high office, but because We the People have remained faithful to the ideals of our forbearers, and true to our founding documents. . . . The time has come to reaffirm our enduring spirit; to choose our better history; to carry forward that precious gift, that noble idea, passed on from generation to generation: the God-given promise that all are equal, all are free, and all deserve a chance to pursue their full measure of happiness.
--President Barack Obama, January 20, 2009.

From the very beginnings of American history, the commitment to freedom had been mixed not only with the ‘damned inheritance’ of slavery but with the ambitions and interests – for land, for wealth, for military glory – that were scarcely different from those of other peoples and other rulers in other times. And why should they be different? Americans, after all, were not angels. . . . They were men and women of the same clay as the rest of us, and specifically they were, in their great majority, Europeans who brought with them to America European hopes, European fears, European ideals, European prejudices, and a European worship of the nation state.

What makes America exceptional are the ideals embedded in our Constitution, our unique history, and because we have succeeded at great things when we act as one nation. But when we blindly assert our superiority and act with inflated self-regard, when we refuse to examine the things that work in other democracies, we do so at our peril. America's social, political and economic values did not develop in a vacuum and were influenced and affected by many great historical events and transformations that occurred or originated outside of the continental United States – oceanic trade, the Protestant Reformation, the Enlightenment, migration, democratic government, industrialization, the scientific revolution, and the creation of a global economy.
Some conservatives long nostalgically for laissez-faire economics and believe that President Obama -- the same president who bailed out the banks and compromised on the public option -- is a dangerous socialist out to destroy America. These conservative voices operate with a very short memory and a selective sense of history. We came close to unrestrained laissez-faire capitalism in this country back in the 19th and early 20th centuries. The result? Unsafe working conditions, exploitation of child labor, no minimum wage, no 40-hour work week, no required overtime and holiday pay, no product safety regulations, dirty air, dirty water, and pandemic inequality, poverty and injustice. It took progressives, who believed that capitalism and the pursuit of wealth needed checks and balances and a regulatory framework upon which to enforce higher ideals without sacrificing creativity and America’s entrepreneurial spirit, to correct these shortcomings. Today, because of reform oriented laws and regulations, almost all of which have historically been opposed by conservative forces in this country, we have a safer, healthier, more just, and fairer economy and society. Some of these reforms were borrowed from our European friends, and we are a better nation because of it. What makes us exceptional is that we are empowered as a people to make our government, our society, and our country better.
America is exceptional when we strive to achieve the ideals of our founding principles and when we choose, in the words of President Obama, “our better history.” We are the most ethnically and racially diverse country on earth; we have mostly avoided class warfare and have historically opened our borders to many who sought unbridled opportunity (ironically, conservative forces have mostly been opposed to new waves of immigrants, and still are). What is exceptional is our willingness to correct past injustices, to recognize our shortcomings, to learn from other nations and cultures when they have something worthwhile to share. What makes us exceptional is when our national actions are, as President Obama stated last year, “based on our Constitution, our principles, our values and our ideals.” When America stays true to its ideals, when we respect humans around the world and at home, when we tap into the potential of all of our citizens regardless of race, ethnicity, religion, or class, when we work together as one people to solve our national shortcomings – which requires a willingness to acknowledge and discuss them – only then is America truly exceptional.
Posted by Mark J. Ehlers at 10:47 PM 9 comments: