Guns and Violence: An American Problem 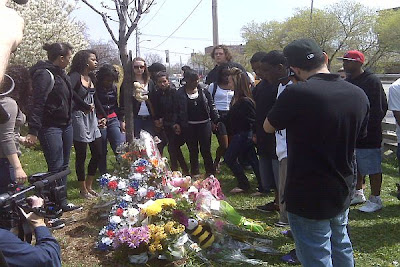 In Search of a Good Justice: Elena Kagan and the Supreme Court 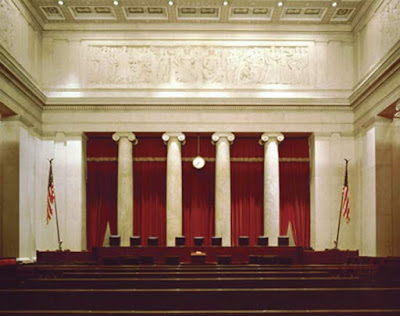 America and Energy: A Failure of Vision

There is only one meaningful response to the horrific oil spill in the Gulf of Mexico and that is for America to stop messing around when it comes to designing its energy and environmental future. The only meaningful response to this man-made disaster is a man-made energy bill that would finally put in place an American clean-energy infrastructure that would set our country on a real, long-term path to ending our addiction to oil.
That is so obviously the right thing for our environment, the right thing for our national security, the right thing for our economic security and the right thing to promote innovation. But it means that we have to stop messing around with idiotic “drill, baby, drill” nostrums, feel-good Earth Day concerts and the paralyzing notion that the American people are not prepared to do anything serious to change our energy mix.

President Obama has the right instincts on energy policy, but it remains to be seen whether he has the political will and courage to truly lead our nation in the direction it needs to go. He has taken some positive steps:
• Accelerating the development of renewable energy – wind, solar, and geothermal power and battery-powered vehicles – through subsidies and tax incentives.
• Investing in high-speed rail, clean coal technology and smart grid investments as part of last year’s economic stimulus act.
• Defining greenhouse-gas emissions as a danger to human health and the environment and implementing a new “clean car” standard that, for the first time, allows the Environmental Protection Agency to regulate greenhouse-gas tailpipe emissions; and
• Adopting improved fuel efficiency standards for cars and trucks.
Of course, the President has also pushed for expanded offshore oil drilling (much to the chagrin of environmentalists, who can now honestly say, “I told you so”) and authorized financing for the construction of two new nuclear power reactors, the first such reactors since the 1970’s.
As the Harvard Business School concluded in Energy Future, there is no easy fix to America’s energy problems. We are all to blame – I am no exception, for I watch my color television sets, crank up the air conditioning on hot summer days, enjoy the freedom of travel, and regularly turn on the light switch – but until we finally see the big picture, until we can envision where our energy future is headed, until we realize the true costs – environmental, national security, and economic – of our dependence on oil and coal (and nuclear, until we find safe means to dispose of radioactive spent fuel), we will continue to be held hostage by Arab sheiks, Texas tycoons, and Wall Street commodities traders. The real problem with the oil spill in the Gulf and the coal mining tragedy in West Virginia (and the repeated history of such tragedies over the past two centuries), are not the tragedies themselves, for the risks are foreseeable and will continue to be so as long as we depend on these energy sources. The real problem is our reliance on oil and coal itself.
Until we as a nation – as consumers, as business owners, as policy makers – embrace conservation as a national priority, adopt serious fuel efficiency standards, and maximize our development and use of clean and renewable energy sources, we will continue to harm our most precious resource, the Earth, and be dependent on forces and nations outside of our control, at great risk to our economy, our environment, and our national security.
Posted by Mark J. Ehlers at 12:23 PM 7 comments: