An Act of Quiet Contemplation: Why Reading Matters 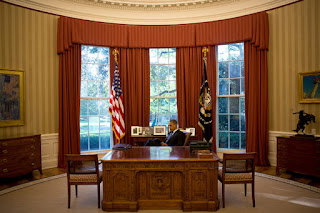 In 1968, when I was nine years old, my parents gave me the Prentice Hall paperback edition of From Ghetto to Glory by Bob Gibson, the great starting pitcher of the St. Louis Cardinals. Although I was attracted to the book’s front cover, which displayed a picture of Gibson on the pitcher’s mound mid-delivery, From Ghetto to Glory was the first book I ever read from cover to cover. It was not great literature, or necessarily great writing, but it allowed me, a white suburban kid from central New Jersey, to better understand the inner life and struggles of a young, proud, black man in 1960’s America. Born into extreme poverty in Omaha, Nebraska, during the Great Depression, Gibson’s modest book described his coming of age as a ballplayer during an era of Jim Crow and segregation, and later, civil unrest and black power, when America was awakened from its history of racial oppression. By taking the time to read his story, I learned to look at the world from another person’s viewpoint, and gained in knowledge and empathy what I lost in my own narrow experience. Simply reading this one book made me a better person. In a small but significant way, it changed my life.

I was struck by the indispensable role books have played throughout my life when reading the recent interview of President Obama by New York Times chief book critic Michiko Kakutani. Seven days before departing the White House, Obama sat down with Kakutani and discussed how reading had nourished and strengthened his tenure as President. “Not since Lincoln has there been a president fundamentally shaped – in his life, convictions and outlook on the world – by reading and writing as Barack Obama,” noted Kakutani. “During his eight years in the White House – in a noisy era of information overload, extreme partisanship and knee-jerk reactions – books were a sustaining source of ideas and inspiration, and gave him a renewed appreciation for the complexities and ambiguities of the human condition.” There is something comforting in knowing that our nation’s leaders, at least until now, have taken books and the ideas they convey seriously.

For President Obama, reading about history helped him evaluate how past presidents handled major crises or navigated through difficult times – Lincoln during the Civil War or Franklin Roosevelt in World War II. Reading literature and fiction helped him to think broadly about humanity and the world. Obama has “a writer’s sensibility,” writes Kakutani, “an ability to be in the moment while standing apart as an observer, a novelist’s eye and ear for detail, and a precise but elastic voice capable of moving easily between the lyrical and the vernacular and the profound.” It is yet one more reason why I love the 44th president.

Books allow us to slow down and develop a sense of perspective. A good book opens our eyes to the complexities of the human race, the follies and frailties of life, the dark acts of cruelty and gracious acts of kindness. Books help us escape into another world and share with our children, as I once did, the seven books of Harry Potter by J.K. Rowling. Reading about the trials and tribulations of Harry, Ron, and Hermione led to discussions with my daughters about trust and friendship, prejudice and evil, courage and the fear of death.

Classic non-fiction books like Night by Elie Wiesel or The Diary of Anne Frank can help us develop empathy and experience life from someone else’s shoes. To understand where other people come from, to learn of their dreams and aspirations, their hopes and fears, expose our common humanity. Regardless of one’s politics or religion, a touching novel or moving story shows that we are all part of the human race, we breathe the same air and inhabit the same planet; that our destinies are tied together.

Books are fundamentally about engagement, for they place us in the arena and allow us to experience another place and time through the lenses of another life. Through language and narrative, a good writer transports her readers into the emotional lives of her characters. I love giving and receiving books as gifts, because to select the right book for someone else requires time and thoughtfulness. Implicit in book giving is the message, “I have been thinking about you, what makes you tick, what inspires you or makes you laugh and cry. I believe this book will enrich your life.”

My two favorite rooms at home are my study, where I read, write, and think (and yeah, okay, watch a lot of Cardinals games), and the living room, which is filled with books I have collected and read through the years. Whenever I enter someone’s house, I can tell immediately by their books (or lack thereof) how well we are likely to get along, and where the conversation may ultimately be headed. Good readers make good conversationalists, for a world enriched by books is a world filled with ideas and thoughts that touch the heart and mind, that move us, make us think, question assumptions, and give us the tools to evaluate the events of history and trajectories of life.

Books allow us to enter intimately into the lives of our subjects. Although I tend toward non-fiction, there is nothing like a good novel to escape into another world. My interest in Judaism and Jewish history was born in The Chosen by Chaim Potok, which led me to My Name is Asher Lev, Davita’s Harp, and Potok’s other wonderful novels that explore the tension between tradition and modernity, love and obligation. For me, The Great Gatsby by F. Scott Fitzgerald remains one of the great American novels, whose moral dimensions and social commentary are as relevant today as in the Gilded Age of the 1920’s. Trinity by Leon Uris helped me understand modern Irish history and the fundamental causes of the Catholic-Protestant divide. A River Runs Through It by Norman Maclean continues to offer quiet moments of beauty and contemplation.

And yet, I am mostly drawn to biographies and memoirs, history, religion and politics, and long-form journalism. I have loved most everything written by David Halberstam during his lifetime, including The Powers that Be, about the growth of the major media empires, Breaks of the Game, about professional basketball, and The Fifties, about the social, cultural, political, and economic trends of a seminal decade in American history. Robert Kennedy and His Times by Arthur Schlesinger Jr. remains to this day the single best biography I have ever read. An incredibly well written book rich with insight, Schlesinger masterfully explains Kennedy’s evolution and growth as a man and a politician within the context of the 1950s and 1960s. David Remnick’s The Bridge: The Life and Rise of Barack Obama is for me the definitive work on Obama’s pre-presidential life, just as David Maraniss’s First in His Class captured Bill Clinton’s early life and career. These books are good not simply because their subjects are interesting, but because they are written beautifully and help us think and feel with the people we are endeavoring to know better.

I could go on about the many books that have influenced my thinking and intellectual development during the course of my life. It is one reason I so much enjoyed the movie Liberal Arts, a quiet film about Jesse, a 35 year-old college admissions officer in New York who longs for the days when he studied literature at a small liberal arts college in Ohio. In one scene near the film’s end, he meets Ana, his future love interest who works in a New York book store. He soon discovers that he and Ana share a love of books:

Ana: I love books. I do, in like the dorkiest way possible.
Jesse: Oh, me too. It's a problem.
Ana: Like, I love trees cause they give us books.
Jesse: Super cool of the trees to do that, Right?
Ana: I'm actually... this is weird. I'm actually trying to read less.
Jesse: Why?
Ana: I felt like I wasn't watching enough television. No, l just started to feel like reading about life was taking time away from actually living life, so I'm trying to, like, accept invitations to things, say "hi" to the world a little more.

When Jesse asks how Ana's increased socializing is working out, Ana reluctantly admits that, on most occasions, she would really rather be at home with a book. Such is the life of a good reader.

“Reading is an act of contemplation,” writes author David L. Ulin in The Lost Art of Reading: Why Books Matter in a Distracted Time (2010), “perhaps the only act in which we allow ourselves to merge with the consciousness of another human being. We possess the books we read, animating the waiting stillness of their language, but they possess us also, filling us with thoughts and observations, asking us to make them part of ourselves.” It is why I will continue to live life one book at a time, in a quiet corner and a comfortable chair, refreshing my spirit and recharging my mind.

Like Ana in Liberal Arts, I will always love books and thank the trees for giving them to us. For me, reading is the lifeblood of conversation, of thinking and learning and growing, one sentence, one page, one book at a time. Life is a work in progress. It always will be. A good book simply makes the journey more meaningful.
Posted by Mark J. Ehlers at 7:15 PM No comments: