The Swiftness of Youth and the Search for a Meaningful Life 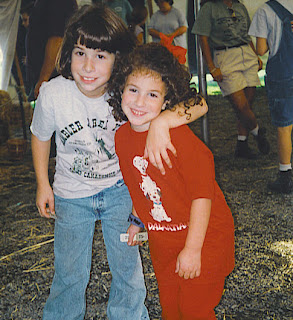 When I consider the short duration of my life, swallowed up in the eternity that lies before and after it, when I consider the little space I fill and I see, engulfed in the infinite immensity of spaces of which I am ignorant, and which know me not, I rest frightened, and astonished, for there is no reason why I should be here rather than there. Why now rather than then? Who has put me here? By whose order and direction have this place and time been ascribed to me? – Blaise Pascal

The Decline of American Justice and the Lessons of Nuremberg

That four great nations, flushed with victory and stung with injury stay the hand of vengeance and voluntarily submit their captive enemies to the judgment of the law is one of the most significant tributes that Power ever has paid to Reason. . . . The real complaining party at your bar is Civilization. . . . [It] asks whether law is so laggard as to be utterly helpless to deal with crimes of this magnitude.
– Robert H. Jackson, Chief Prosecutor, Nuremberg Trials

That an accused cannot be tried in an American court of law because there exists the possibility that, if given a fair trial, he or she might be acquitted, or convicted of a lesser charge – a possibility heightened in the case of the remaining Gitmo detainees, because some evidence against them is inherently unreliable and likely inadmissible, obtained as it was through torture and coercion – is anathema to American jurisprudence and our founding principles. There are presently 172 detainees remaining at Gitmo. What specifically have they done? What is the evidence against them? Your guess is as good as mine. It goes against everything this country stands for. If KSM is guilty of what we accuse him of, then we should not cower from granting him a public and fair trial, before a judge and a jury, and prove his culpability to a sufficient degree of certainty. While there may be cases in which a military-style tribunal is appropriate, for criminal acts of terrorism committed on U.S. shores, we must be true to our constitutional values or forever risk their permanent dilution.
Politics and the judiciary are a bad combination. By cutting off funding for the transfer of Gitmo detainees to federal prisons on the U.S. mainland, Congress has tied the administration’s hand (Republicans and Democrats are equally at fault here), leaving it with little room to maneuver. To sweep the most fundamental principles of justice under the rug simply because we have labeled the detainees terrorists, without requiring reliable proof and a fair and open proceeding, is an embarrassment to American notions of justice and decency.
The fact remains that an open and transparent system of justice is the best guarantor of a fair trial. At Gitmo, most of the detainees have been held without charge for several years, many denied the right to counsel and the right to know the nature of the evidence and charges against them. This is America? Absent a transparent judicial process, one is left to wonder whether there exists hard evidence against many of the remaining detainees.
As we learned from Nuremberg, the most effective means to undermine the extremists is to expose their crimes for the entire world to see, in a neutral and public setting. The Nuremberg trials were a classic case. Nothing more effectively educated the world to the evils of genocide than the trials of Goering, et al., at Nuremberg in 1945-1949, and of Adolph Eichmann, the bureaucrat who engineered the Holocaust, in Jerusalem in 1961. As The New York Times editorialized earlier this week, “How fitting it would have been to put the [9/11] plot’s architect on trial a few blocks from the site of the World Trade Center, to force him to submit to the justice of a dozen chosen New Yorkers, to demonstrate to the world that we will not allow fear of terrorism to alter our rule of law.” That the federal courts have successfully convicted hundreds of terrorists since 9/11, and that federal prisons safely hold over 350 convicted terrorists, apparently means little to the pandering politicians. But the President’s decision to backtrack on what had been a principled stand represents a missed opportunity to showcase American justice and prove to the world that we are not afraid of our Constitution; that even when victimized on our own shores, we remain willing and able to provide justice for all.
Posted by Mark J. Ehlers at 10:35 PM 5 comments: