Going it Alone: Trump, Brexit and the Dangers of Nationalism 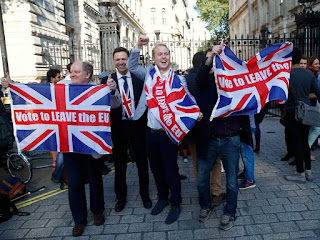 The policies pursued by the West have sometimes been flawed and sometimes failed, but the system that linked America and Europe in a common defense and common political cause ended the Cold War, reunited Germany, built a new Europe and sought in one way or another to address every other major threat. A crucial brick in that system is now in danger of being removed. – New York Times editorial, June 25, 2016

Admittedly, when I first heard the term “Brexit” a few weeks ago, I thought it was the name of a new breakfast cereal. Not for a moment did I believe that Britain would actually vote to leave the European Union. By a vote of 52 to 48 percent, after a contentious campaign that exposed the divisions in British society based on age, education, class levels, and geography, Britain has sought to go it alone. The world today is less secure; shaken is the foundation of our postwar alliance.

The concept of European unity arose from the ashes of World War II with the aim of ending the frequent and bloody wars that had plagued the continent. Anyone with a respect for history understands that to support European unity is to support peace and cooperation among neighbors. Inspired by visionary leaders like Konrad Adenauer and Winston Churchill, what would become the European Union underpins the postwar global order and is an anchor of global democracy. Consisting of 28 (soon to be 27) member states and “founded on the values of respect for human dignity, freedom, democracy, equality, the rule of law and respect for human rights” (Article 2, Treaty on European Union), its policies aim to ensure the free movement of people, goods, services, and capital.

It should come as no surprise that Donald Trump, having arrived in Scotland to inspect his golf course, quickly declared that the UK’s decision to leave the European Union was a “great thing”. Like his supporters in the United States, Trump said, the voters in Britain were exercising their “sacred right” to take back their country and their borders and choosing “to reject today’s rule by the global elite.” Indeed, the impulses behind the vote for Brexit share many parallels to Trump’s appeal with certain elements of American society.

The “Leave” campaign exploited deep-seated resentment of the European “elite” and made emotional appeals to British nationalism and a sense of lost independence. But like much of Trump’s appeal in the United States, the Brexit vote at its heart was about immigration and xenophobia. The Brexit vote was a referendum not so much on Europe as on migration and fear of the Other. As Jonathan Freedland has written in a recent issue of the New York Review of Books:

The argument was seductively simple. Membership of the EU requires each state to accept the free movement of people between EU countries. Therefore the only way to halt hundreds of thousands of EU citizens coming into the UK was to get out of the EU. Only that way, in the words of Leave’s powerful and defining slogan, could we “take back control.” There are differences of course: the Leavers did not voice overtly a desire to keep out Muslims, as Donald Trump does. But “take back control” was for Brexit what “build a wall” is for Trump: a three-word promise that taps into a seething geyser of anti-immigrant sentiment.

Proponents of the Leave campaign ignored appeals to facts and evidence, including data showing that migrants positively contribute to the British economy, adding far more in tax revenues than they receive in welfare payments. Dismissed outright were rational, policy-based arguments for why Brexit would result in economic instability and increased social and political division. Indeed, when the International Monetary Fund, the Organization of Economic Cooperation and Development, and Britain’s independent Institute of Fiscal Studies each offered objective analyses of the likely economic and political consequences of Brexit, they were ridiculed and accused of elitism. “The people of this country have had enough of experts,” declared Michael Gove, a leader of the Leave movement. As with journalists and the “establishment” at a Trump rally, to be considered an “expert” became the ultimate insult. The Leave movement was marked by lies and half-truths, including a campaign ad falsely claiming that Britain sends £350 million a week to the European Union. “As with Trump,” noted Freedland, “this disdain for the elite and for authority rode in harness with a slippery approach to the truth.” 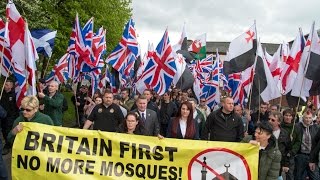 We are living in interesting, if perilous times. I worry for the future of the United Kingdom, for European unity, and for the United States. An anti-intellectualism fed by a disdain for experts, facts, knowledge, history, and established institutions of government has been fueled by the simmering anger of a mostly uneducated, bitter, and resentful strain of citizens who feel that the forces of progress are stacked against them. This is something we have seen before: Ideologically and politically motivated forces exploiting the fears of less educated, less skilled workers who have been displaced by globalism and technology and fomenting resentment against immigrants, foreigners, the global elite, and those unseen power brokers conspiring to make their lives miserable. What worries me, though, is the potential for a strong-willed narcissist to stir and manipulate popular resentment, for this is how demagogues rise to power and fascism rears its ugly head. As conservative commentator Jennifer Rubin (with whom I rarely agree) noted in Sunday’s Washington Post, “Coupled with a sense that their country – much like themselves – has been disrespected and buffeted by ominous forces, the temptation is to indulge in conspiracy theories, blame outsiders, and resort to political nihilism.”

Britain’s shocking referendum proves that such feelings and trends are not unique to the United States. Right-wing populist movements exist throughout Europe – in France, the Netherlands, Austria and Finland – each seeking to “take their country back” and restore order in a chaotic world. The same wave of fear and resentment that Trump is riding in the United States – promising to ban Muslims, to build a great wall and get Mexico to pay for it, to deport 11 million illegal aliens, to “make America great again” – correlates closely to the Leave movement’s appeals to fear of war-torn refugees and open borders, and to xenophobia and racism. As foreign correspondent Trudy Rubin noted in the Philadelphia Inquirer, “nearly every Leave voter I met believed that Brexit would effectively wall off Britain from foreigners and would somehow permit the country to renew its historic standing in the world.” Unfortunately, this is precisely the opposite of what will happen.

The Brexit vote immediately plunged the United Kingdom into uncertain economic terrain. The value of the pound plummeted and Britain’s international standing and body politic were shaken. Scotland, which voted overwhelmingly to stay in the European Union, already has pledged another independence referendum and placed the future of the UK itself up in the air. I don’t see how any of this is good for Britain, for Europe, or the world economy.

Trump, of course, thinks all of this is fine. As does Vladimir Putin, who has hoped for years that something would come along to divide and destabilize Europe. Brexit is a gift to Putin, who is giddy over the thought of European unity dissolving over national rivalries, infighting, and a weakened international governing structure. As an article in the Sunday Times noted, Britain’s decision to leave the EU threatens to undermine “the postwar consensus that alliances among nations are essential in maintaining stability and in diluting the nationalism that once plunged Europe into bloody conflict – even as nationalism is surging again.”

The 20th Century has seen what happens when a strong leader takes advantage of popular fear and resentment and promises to “take back control” from perceived enemies and outside forces. No one knows this better than German Chancellor Angela Merkel, who commented after the Brexit vote: “The idea of European unity is the idea of European peace . . . after centuries of terrible bloodshed [this] is not to be taken for granted. In Europe we still feel the effect of wars.”

Since World War II, the United States and Britain have led the way in reducing the potential for international conflict. By promoting free markets, supporting international governing structures, bolstering military alliances, strengthening NATO, and funding international development and financial organizations, we have together overseen seventy years of European peace and prosperity. All of that is weakened by Britain’s exit from the European Union and stands as a stark warning of the dark forces brooding in America.

“There are lessons here aplenty for Americans contemplating their own appointment with nationalist, nativist populism in November,” writes Freedland. Complacent Democrats, cynical Bernie supporters contemplating sitting this election out, and establishment Republicans still bruising from the shock of Trump’s rise may believe there are not enough angry white voters who feel left-behind to win an election. “But Brexit suggests that when that constituency can be allied to a conservative cause that has millions of other, more ideologically-motivated devotees, victory is possible. It suggests that hostility to migrants, a cynical trampling on the truth, and a cavalier disdain for expertise can work wonders, such is the loathing of anything that can be associated with the ‘elite.’ And it suggests that even great nations, those whose democratic arrangements were once regarded as a beacon to the world, are capable of acts of grievous, enduring self-harm.”

The right to vote is sacred and must be nourished and respected. Once votes are cast and the results are tallied, you cannot later claim that you did not truly understand the consequences. “It was already clear before the Brexit vote that modern populist movements could take control of political parties,” wrote former British Prime Minister Tony Blair in the New York Times. “What wasn’t clear was whether they could take over a country like Britain. Now we know they can.” The challenges of globalization cannot be met by building walls and closing off borders. With Donald Trump and the November election on the horizon, let Brexit be a wake-up call to the United States. 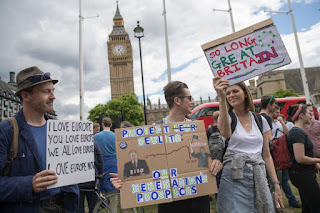