The Role of Faith in the Public Square 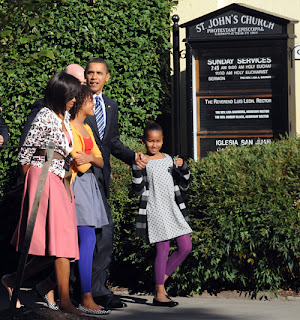 Say nothing of my religion. It is known to God and myself alone. Its evidence before the world is to be sought in my life: if it has been honest and dutiful to society the religion which has regulated it cannot be a bad one. – Thomas Jefferson

Secularists are wrong when they ask believers to leave their religion at the door before entering into the public square. Frederick Douglas, Abraham Lincoln, William Jennings Bryan, Dorothy Day, Martin Luther King – indeed, the majority of great reformers in American history – were not only motivated by faith, but repeatedly used religious language to argue for their cause. So to say that men and women should not inject their “personal morality” into public policy debates is a practical absurdity.

As different as Obama’s and Kennedy’s statements are concerning the role of religion and public life, they actually concern two different notions. For Kennedy, it was important to emphasize that a President’s duty is to his country and the Constitution. He was attempting to counter the concerns then being expressed in some parts of the country to a Catholic president. Although some of this concern was simply anti-Catholic prejudice, there was at the time a sincere worry as to whether a Catholic president would be beholden to the Vatican and Catholic doctrine in the conduct of his public affairs. Similar concerns have been raised, and properly dismissed, of the potential influence the Mormon Church may hold on a candidate such as Mitt Romney. Indeed, Romney, who holds a position of importance in the Mormon Church and who proudly identifies as a Mormon, gave a speech in 2007 not dissimilar from Kennedy’s.
That Obama believes one’s religious convictions are relevant to politics and policymaking, however, does not mean he disagrees with Kennedy’s view of the official separation of churchly influence on public policy. What Obama contends is something altogether different – the notion that one cannot truly separate out the moral and religious influences on a candidate’s life and, ultimately, his or her policy positions. As I watch from afar the Republican presidential primaries in Iowa and New Hampshire, I believe it is important to know something about what the candidates believe, religiously, morally, and spiritually, and how those beliefs may affect their actions should they become president. Personally, any candidate who believes that evolution and creationism are worthy of equal treatment in our public schools, or who doubts the scientific efficacy of climate change and its importance to our planet’s future, is not a candidate I can trust to have a reasonable conclusion about anything. If a candidate’s brand of Christianity is one of judgmental piety, or is based on a literalistic misinterpretation of the Bible, it is a candidate I cannot support.
Although I do not care what religion our past, present, and future presidents are (or are not), I do care what moral and religious influences motivate their positions on matters of policy. One’s religion (or lack thereof) is an important part of one’s worldview and should not be off limits for any candidate. President Kennedy’s youngest brother, Senator Ted Kennedy, who symbolized and articulated a consistent vision of political liberalism for over forty years after his brother’s death, noted late in life that his politics were very much influenced by his Christian beliefs, specifically in the teachings of Jesus in the Sermon on the Mount, and in Matthew 25: 44-45 (Lord, when did we see you hungry or thirsty or a stranger or needing clothes or sick or in prison, and did not help you? [Jesus replied,] I tell you the truth, whatever you did not do for one of the least of these, you did not do for me.) This religious underpinning of Christian social justice, which molded the likes of Mother Theresa and Dorothy Day, and which forms the basis of Catholic social statements on economic justice, is what motivated Senator Kennedy in his lifetime to work for laws and government programs that benefitted the poor and the working class, to fight for human rights around the world, and to oppose discrimination on the basis of race, gender, disability, and sexual orientation. It is this kind of morality, not one’s personal moral shortcomings, which are of greatest concern to me in how a candidate will govern a country as diverse and complex as the United States.
Of course, one need not be a Christian to share Kennedy’s political vision, or to believe in equality, justice, and the fundamental right of all Americans to have access to quality health care, adequate housing, and economic opportunity. There are certainly many other moral and ethical influences to his brand of liberalism and a belief in the common good. But whether one is motivated by Christian or Jewish or secular ethical principles, I believe it relevant and important to know what religious and moral influences underlie a candidate’s positions.
The separation of church and state is a fundamental aspect of American constitutional democracy, and must never be diluted. A free society depends on a proper distinction between theology and law, between the free exercise of religious belief and the imposition of religious doctrine. But the personal influences and beliefs of our political leaders is always a relevant consideration in deciding whether they can effectively lead the nation in times of turbulence and despair, and whether their vision of America is one I can abide.
Posted by Mark J. Ehlers at 6:55 PM 1 comment: 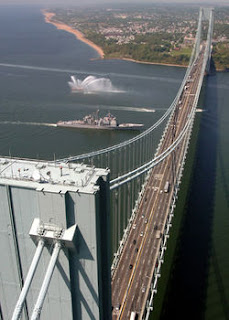 The greatest danger for most of us is not that our aim is too high and we miss, but that it is too low and we reach it. – Michelangelo