On Brothers and Baseball 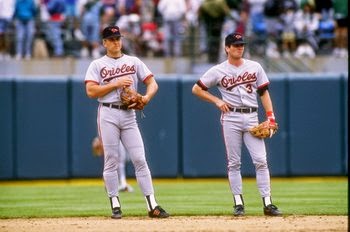 Before baseball returned to Washington, DC, back when I lived there in the 1980’s and early 1990’s, I ventured an hour north to Baltimore two or three times a year to watch the Orioles play. The beautiful retro park at Camden Yards by the B&O Warehouse did not open until the start of the 1992 season, so most of the games I saw were played at the old, run-down Memorial Stadium on 33rd Street in Baltimore’s Venable Park. The Orioles were a consistently good team in those days, a well-managed organization with a strong history and tradition of contending. They became my favorite American League team as I followed their progress in the daily paper and listened to Jon Miller call the play-by-play on my portable transistor radio.

Thirty years later, I cannot tell you whether the Orioles won or lost the games I attended, who hit home runs or made memorable plays. Instead, what I most remember about those games, and what I most enjoyed about them, was seeing Cal Ripken play alongside his younger brother, Billy. For six consecutive seasons, I watched with a touch of envy as the Ripken brothers stood a few feet apart near the second base bag and fielded ground balls casually tossed from the first basemen between innings, or chatted with each other during pitching changes as the relief pitcher warmed up. I remember thinking how fortunate they were to be playing a game they loved and had played together as children. When most men had long since abandoned their dreams, here they were as brothers, playing alongside each other in a major league park, turning double plays for the same team, and sharing the experience of a lifetime together. It is the stuff of which dreams are made.

*    *    *    *
I was eight years old when I fell in love with baseball. Although I cannot remember how or when it happened, I am certain that my brother had something to do with it. Steve was 3 ½ years older than me, which back then separated the cool and hip from the mundane, the pros from the amateurs.  He was already a veteran little leaguer at that point, and way ahead of me in skill and strength. I had only recently begun the journey through organized baseball, surviving junior little league as a seven year old, when I rarely made contact with a pitched ball and had still to overcome the fear of getting clunked. Bad hops on the inevitably choppy fields on which we played were a particular sticking point, and I had not yet solved the problem of a pop-up combined with a high sky and glaring sun.

When a year later I learned to overcome my fears and discovered I could catch and throw and hit a baseball, something magical and poetic took place. The game’s beautiful symmetry swept into my soul and I suddenly played with joy, reckless abandon and a modicum of skill. I was forever hooked. For the next ten years, I dreamed of someday playing professional baseball. It was a dream shared by millions of young boys before and since, and hardly renders me unique in the annals of American life, but it was a real and genuine dream nonetheless.

And it was, while we were young, a dream I shared with my brother.  By the time I reached the third grade, Steve let me play in pickup games with the older kids in the neighborhood, and I soon learned I could play ball right along with them. Playing with Steve and his friends made me a better player. I became quicker, more agile, and smarter than when I played with boys my own age.

For the next several years, until Steve left for college, we practiced together, hit ground balls to each other in our backyard, and fly balls at my grandfather’s horse farm in Ohio. We threw batting practice to each other with a duffle bag full of old, scratched up baseballs at Mercer County Park or whatever local field was available. We played baseball in its many varieties – sock ball, whiffle ball, hard ball, always with standard wooden bats, and with whatever adjustments were needed to the size and shape of the field, the distance of the fence, the foul lines or the base paths; anything to keep things interesting and challenging.

It wasn’t always about baseball for Steve and me, but it was almost always about some sort of play, some physical activity that involved the sun and grass and fresh air. We played golf and hit buckets of balls at the driving range; played touch football with a motley assortment of kids on our block; taunted each other during one-on-one basketball games; and created Olympic-style obstacle courses, using a stop watch to time each other as we sprinted and jumped our way across some make-believe finish line.

In those early years, when we were young and naïve, we both believed we would one day play for a major league team. We were realistic, of course, for we recognized we would have to prove our worth in the low minors and work our way up. Heck, even Frank Robinson had played two seasons for the Columbia Reds in the South Atlantic League before winning MVP awards five seasons apart in the American and National Leagues.

Steve and I competed against each other at home and in our neighborhood games, knowing that as we pushed each other, we became better, faster, and stronger. But when the competition originated from other sources, when it intensified and surrounded us, it helped to know I had a brother quietly cheering me on, willing me to succeed, and offering advice.

Steve and I overlapped in high school only one year, when he was a senior and I was a freshman. We never played for the same team, never played in the same league, for he was always a level or two ahead of me. But when possible, we watched each other play. We shared notes on our respective coaches, what they were like as leaders and as men, who were the good players and the good guys, and who were the assholes; and what we needed to do to improve and advance.

Steve was a catcher and a pitcher in those days, and he was good at both positions. He was huskier and stronger than me, but slightly less agile and athletic. I advanced faster and farther than he did in high school sports, but it was only because he made me a better player. In hindsight, I am sure that we could have been even better athletes, and developed more as ballplayers, had we the specialized guidance and training the young kids receive today. But I do not regret that we failed to achieve our dreams of major league glory. What I miss is the sense of camaraderie and the shared moments that unite two people with similar dreams; that special bond only brothers share as they journey through the years of adolescence, young adulthood, and life.

“Brothers don't necessarily have to say anything to each other,” said Leonardo Dicaprio, “they can sit in a room and be together and just be completely comfortable with each other.” Steve and I were always most comfortable when we were doing something together – playing sports, driving to Veterans Stadium to watch the Phillies on a warm summer evening, throwing a Frisbee. Sitting around and philosophizing about life, or debating the latest economic theory or theological dispensation was never his thing. And that was always fine with me.

Time and distance have taken their toll. As we grew older and the years passed, life took us in different directions; we live 2,300 miles apart now and are unable to “play” much anymore. But on those rare occasions we get together and have a chance to hit a golf ball, play catch, or throw a football, our youthful memories return and time is rendered obsolete. 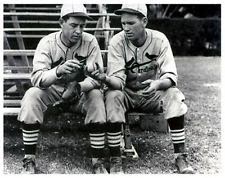 Several years ago, a friend of mine gave me a framed photograph of Dizzy and Paul Dean of the 1934 St. Louis Cardinals. I immediately liked the photo, not because it was of a successful pitching duo for a world championship Cardinals team, but simply because it captures the essence of brothers who share the bond of baseball. Dizzy was the better player, and they only played together for a couple of years, but when I look at the picture, I imagine, if only for a moment, what it might have been like had Steve and I had the good fortune to play ball together professionally; to discuss our craft as teammates and brothers, tell stories and share advice concealed from the rest of the world.

“Life is a long lesson in humility,” wrote Scottish author James M. Berrie. This is surely true of baseball. It takes hold of your imagination as a young man and refuses to let go as the years progress. Baseball will always be special, for it is a simple game that is so difficult to play well. It humbles you and teaches you to accept that failure is as much a part of life as success. It is why it helps to have a brother, someone you can trust to get you through the rough times and to genuinely applaud the good times.

I will always be drawn to the game, to the smell of leather and dirt and grass, the feel of the seams on my fingers, the sound of the ball hitting the sweet spot of my glove. I admire the players of today who make such a difficult game look so easy. But I reserve my envy for the rare occasion when I see a pair of brothers playing for the same team. How lucky they are, I think to myself; and how I would have loved to have done that with my brother Steve. 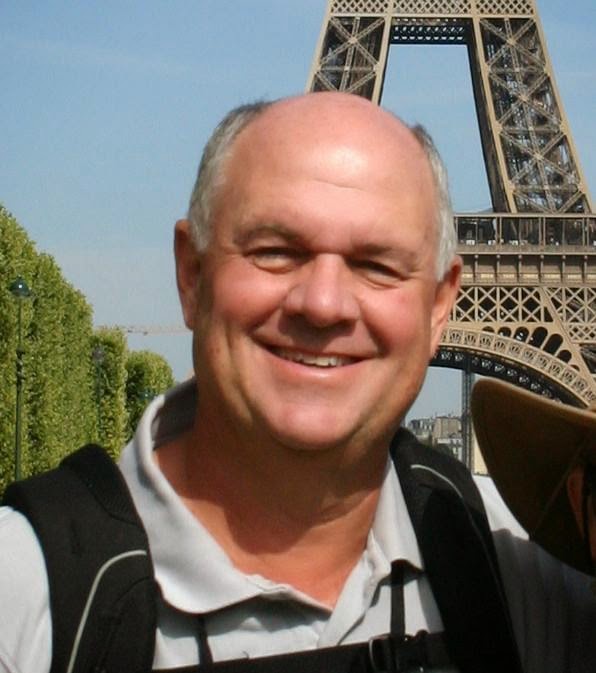